Home » What is evil? Thousands of books and millions of words. Legends, religions, different cultures. What a waste. The truth I am revealing for you now. Here it comes. Lack of empathy, the need for control, pathological lying, sense of entitlement and superiority. That is it. Thanks. Bye. 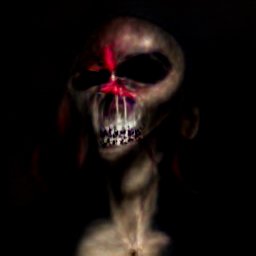 Narcissism is a personality disorder characterized by an excessive need for admiration, a lack of empathy, and an inflated sense of self-importance. Narcissistic individuals often engage in manipulative and controlling behaviors to fulfill their own needs and desires, often at the expense of others.

Because of their lack of empathy and their willingness to exploit and manipulate others for their own gain, narcissistic individuals can be seen as “evil” by some people. Their actions can cause harm and suffering to those around them, and they may be indifferent or even hostile towards the feelings and needs of others.

Additionally, narcissistic individuals may exhibit a lack of remorse or guilt for their actions, and may blame others for their own mistakes or shortcomings. This can make it difficult for them to take responsibility for their behavior and can make them seem cold and uncaring.

Overall, while not all narcissistic individuals are “evil,” their lack of empathy and their manipulative and controlling behavior can cause harm and suffering to those around them. This can make them seem callous and unlikable, and can lead to conflicts and resentment in their relationships.

previousWhat I could have been
nextThe love misnomer