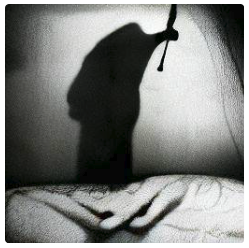 Almost usually, someone is aiding the narcissist. Narcissists can’t function without facilitators because they lack self-assurance and definition. An enabler encourages the narcissist’s need for control, inflated ego, and abusive conduct.

Accepting his/her version of reality, not standing up to abuse, concealing or cleaning up mistakes, defending him/her, and blaming others for his/her actions.

Partner, parent, kid, and/or sibling are common facilitators for narcissists. They may also have enabling friends, colleagues, or employees. Enablers of narcissists are motivated by misplaced concern, self-doubt, fear, or a desire for control. They often become facilitators without realizing it. This partner’s brainwashing messages may cause confusion, believing any or all of the following:

I am making her/him do this. I am the unjust/angry/cruel. Then s/he would adore me. He/she doesn’t aim to harm us. He/she loves us but doesn’t know how to express it. This is how all relationships are. Things will improve after we marry/have kids. S/he will be pleased if I alter. He will be less upset if I become more loving/lovable. Our children will be happier if they behave well. Enablers sometimes accept abusive behavior because they grew up with demanding, greedy, negligent, or abusive caretakers. Narcissists who learn to suppress their emotions and needs in order to please an alcoholic or mentally ill parent may become narcissistic enablers.

Enablers may believe they alone can understand and satisfy their challenging but wonderful spouse. They may perceive their spouse as a terrific catch and feel obligated to retain him/her. Maybe their spouse feels out of their league—more clever, attractive, charming, educated, affluent, or successful—and hence worth the expensive upkeep. Delusions about being the only one who can manage a parent’s pleasure are also common among narcissists' preferred children. Their identity is largely based on pleasing and appeasing their parents.

Often, enabling partners of narcissists remain in abusive relationships because they cannot see a path out. Their violent partner has probably weakened their independence and support network.

undermining their self-confidence, isolating them from family and friends, depleting their resources, alienating their children, and threatening to leave them penniless.

A narcissist often manipulates an enabler by abusing and rewarding them. The facilitator seeks love, praise, sex, or money while avoiding assault. The enabler becomes emotionally and physically hooked to the roller-coaster of positive and negative reinforcement.

Is narcissism possible in isolation? It isn’t. Consequently, there will always be others who help you along. Enablers are those who rally behind the narcissist, whether it’s to offer support, defend, or fight for him or her. The term “flying monkeys” is often used to refer to these people, although there are other sorts of facilitators as well.

As the narcissist gets worse, these individuals are the ones that put up with their conduct, or rescue or bail them out of the calamities they manage to inflict. When others tell you things like, “She’s your mother, you ought to forgive her,” or “How can you abandon your husband when you know he has problems?” To maintain the peace, you may say, “I give in to your sister.”

Generally speaking, they don’t intend to harm anyone. They, too, like flying monkeys, believe they are doing something good when they do it. They aren’t. They are making the situation worse by supporting the narcissist’s actions. Narcissists will continue to act in a narcissistic manner as long as it serves their purposes. This is exactly what happens when a youngster has a meltdown. If the child is allowed to have his/her way, the tantrum will continue. Eventually, a pattern of behavior develops in which the youngster is unable to respond in any other manner. They’re simply doing what they’ve been trained to do and expecting it to work. Because of implied permission, people are permitted and even expected to do what they’ve been taught.

Because there have been no repercussions for the batterer, he or she will learn that it is acceptable to beat the other person and the relationship will continue. It’s conceivable that the same thing will happen again. Because why not? If Aunt Nettie had a breakdown at the Christmas dinner every year, but she is still invited, she is being told that this behavior is OK. The narcissist doesn’t give a hoot about what other people think. They are drawn to disorder because it validates and energises them. He will continue to act this way since there is nothing stopping him. As a result, they have nothing to lose, and they are still getting the attention they want in the process. As a result, there are no repercussions. It doesn’t matter whether or not you feel that this is helping the narcissist. The more lines you draw, the more likely it is that people will come to the conclusion that the lines don’t signify anything and simply keep going. And before long, you’ll be trapped with nowhere to turn.

Enablers of narcissists are motivated by misplaced concern, self-doubt, fear, or a desire for control. They often become facilitators without realizing it. Enablers may also have enabling friends, colleagues, or even spouses to help them avoid narcissistic enablers. An enabler may be a hidden narcissist inspired by an overt narcissist’s seeming confidence or success. Enablers idolize the other narcissist and get self-esteem and identity from that spouse. The facilitator seeks love, praise, sex, or money while avoiding assault.