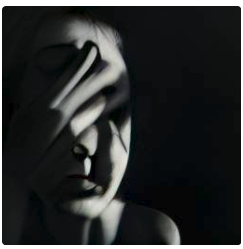 Gaslighting is a psychological manipulation technique in which the intended effect is to get the person being gaslighted to doubt their own sense of self-awareness. Their memory, perception, and sanity may be in question. With each passing day, a gaslighter’s tricks might get more sophisticated and dangerous for the victim to see through.

A specific sort of manipulation in which the manipulator attempts to persuade someone else (or a group of people) to doubt their own reality, memory, or perceptions is known as “gaslighting," according to psychology. According to experts, it’s always a significant issue to have.

The term “gaslighting” comes from the 1938 play “Gas Light” (which was later made into a more widely known 1944 film, “Gaslight”), in which a husband manipulates his wife into believing she is actually losing her sense of reality so that he can commit her to a mental institution and steal her inheritance, according to the play’s author. All real-life instances, however, are not as heinous as some may think.

At first, it may appear as though the transgressions are minor. Even seemingly trivial instances of you questioning your own judgment or reality — as a result of someone else’s determined effort to do so — have the potential to snowball into something far more serious. The result might be a loop of not being able to navigate your everyday life in a way that allows you to be clear-headed, concentrate on what you’re doing, make wise judgments, and feel good about yourself.

Personal relationships (think of an abusive spouse or, in rarer situations, a parent), professional connections (think of a manipulative boss or coworker preying on a subordinate), and even public personalities have been accused of gaslighting their audience.

It doesn’t matter if it’s happening in a marriage, between a leader and his or her constituents, or anywhere else; it’s crucial to be aware of the red signs that you (or someone you know) could be a victim – since that’s the first step toward getting out of an abusive environment.

It is common for gaslighting to occur in a power dynamic, although it is not necessarily malevolent or intended to be that way. The manipulator wields enough power that “the target of the gaslighting is terrified to change up [the relationship] or step out of the gaslighting dynamic because the threat of losing that relationship — or the threat of being perceived as less than who you want to be perceived as — is a significant threat.”

Your upbringing may have had an impact on your outlook. You may have grown up with your parents having extremely clear convictions, and that certainty has shaped the way they (and you) perceive the world, leading you to believe that anyone who believes otherwise is mentally ill.

Perhaps you’re frustrated because you believe your partner is always flirting with other females on the internet. Not visible is the fact that the females are flirting with him, and he is simply complying out of politeness. However, your worldview prevents you from considering the possibility that you could be misreading the circumstance. He believes you know a lot more about relationships than he does, and that there’s something wrong with him since he can’t see the “fault” in his own methods.

“Gaslighting” is a form of psychological manipulation that causes someone to doubt their own reality. The term comes from the 1938 play “Gas Light,” which was later made into a 1944 film, “Gaslight”. All real-life gaslights are not as heinous as some may think. It’s crucial to be aware of the red signs that you (or someone you know) could be a gaslighter. Gaslighting can occur in a power dynamic, although it is not necessarily malevolent or intended to be that way.