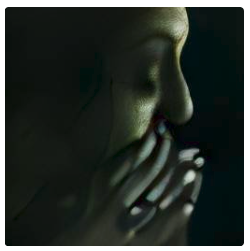 We all were criticized, some more than others, and individuals reacted differently. A narcissist’s grief runs deeper and wider than virtually anybody else’s. And, contrary to popular belief, narcissists are more sensitive than the rest of us.

Freud was the first to recognize that NPD was caused by damage. Like Freud, he saw the issue in sexual development. A childhood “failure of love” may be the impetus for the formation of Narcissistic Personality.

Unlike Freud, who focused on the “primary injury” in childhood, Heinz Kohut created beliefs regarding the “secondary” traumas that narcissists suffer daily. Kohut contends that failure produces shame, which causes pain.

It’s as if the narcissist has an imagined voice in their ear screaming their failure at them. The voice may be their own or that of a dissatisfied parent. So they are injured every time they perceive a failure or insult.

Having been the “greatest”, “biggest”, or “best” is enough to bring more pain to the narcissist.

Unlike their parents or childhood mentors, friends, lovers, and business companions of narcissistic adults seldom want to undermine them. Here are a few instances of narcissistic harm behaviors:

pointing up narrative inconsistencies – If you notice and remark on it, they take it as a threat to their narrative of themselves. A businessman who earned more money from becoming a TV personality than through business may not want to read a newspaper story suggesting this. Someone in their own area who is more competent, younger, more successful, or even solves difficulties. It irritates the narcissist when others notice and remark. Leaving a friend/lover/business partner is the ultimate rejection. Every narcissist understands that according to their principles, only they can get rid of someone when they are no longer useful. Narcissists dominate relationships, not the other way around. Threats to sue, damage, or embarrass the other are widespread. The narcissist may be challenged to accept the demands of others with good grace, but they must remain in the background. A kid in a marriage is a comparable provocation. A narcissist, particularly a guy who saw his spouse as a mother replacement, would suffer. … Saying nothing at all. A narcissist thrives on praise, flattery, and comments. They will be wounded if they do not get recognized, complimented for their actions, thanked for their “good works”, lauded for their appearance or triumphs which attract more people.

An injured narcissist would strike out indiscriminately against people who they believe inflicted the hurt and anybody who approaches. Because narcissists lack mature assertiveness, they turn to open and violent aggressiveness and retaliation, even after the danger has gone, says Kohut It’s called narcissistic anger.

Unlike anger or disappointment, rage is a strong, sometimes excessive response to an incident.

Today, it is more likely to result in aggressive social media activity, lawsuits, or intemperate public statements against bad individuals.

We can all do this (particularly after a drink of wine!) But narcissists are defined by their vehemence and persistence. They are the “greatest” and “best” at narcissistic wrath.

Freud was the first to recognize that NPD was caused by damage. Heinz Kohut created beliefs regarding the “secondary” traumas that narcissists suffer daily. A narcissist’s grief runs deeper and wider than virtually anybody else’s. And they are more sensitive than the rest of us. A narcissist thrives on praise, flattery, and comments.

They will be wounded if they do not get recognized or thanked for their actions. It is more likely to result in aggressive social media activity, lawsuits, or intemperate public statements against bad individuals.